Murder is the unauthorized taking of a human life, and this is an act that is both reprehensible and gruesome. Many people view the death penalty around the world as state or government sanctioned murder but the true meaning of this word refers o innocent victims and not criminals whose crimes have put them on death row. Murder quotes reveal that this act can be committed in many ways and for many reasons. Some people murder for love, others for money, and sometimes this act has no reason behind it at all. Most murder is senseless and the perpetrator of this crime is almost always identified and punished. Murder is one of the 7 deadly sins listed in the bible and most people believe that this act stains the soul and leaves an invisible mark that can not be erased. 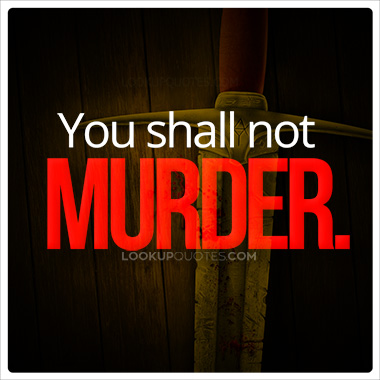