Jeremih is actually Jeremih Felton from Chicago, Illinois, and he was born on July 17, 1987 into a musical family. The American singer, rapper, songwriter, and record producer started to play musical instruments when he was only 3 years old, and he taught himself how to play a variety of different instruments as a child which included the saxophone, the piano, and the drums. Felton participated in the marching band and the Latin Jazz band when he attended Morgan Park High School, graduating from the school at the young age of 16 and moving on to Parkland College in order to pursue a degree in engineering. The artist was still immature and his college days were full of trouble, and that caused the rapper to stop taking classes but he determined to come back later in life to finish the degree. There are some song quotes and quotes above love from this artist that can be found at lookupquotes.com.

Jeremih's debut single was titled Birthday sex, and the song was also recorded in the French language as well. The debut song reached #4 on the US Billboard Hot 100, and when the artist released his debut album titles Jeremih it sold almost 60,000 copies in the first week alone. The debut album was ranked at #6 on the US Billboard 200. If you want to find song quotes, whether you are looking for these from Jeremih or from some other artist instead, they can be found at the Look Up Quotes website here. 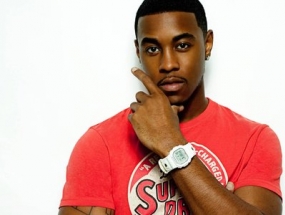