Russell Westbrook is a well known point guard for the NBA, and the basketball star is known for the inspiration that he provides both on and off the court. Westbrook was born on November 12, 1988 to Shannon Horton and Russell Westbrook Sr. in the city of Long Beach, California. Russell went to Leuzinger High School in Lawndale, California where he had an impressive record. Westbrook played for ULA from 2006 - 2008, and he was the  4th overall pick in round 1 for the 2008 NBA draft.  The NBA star is also known for his fashion sense and unique style, during games and out in public. There are many inspirational Russell Westbrook quotes that can be found on the lookupquotes website.

When Russell Westbrook started as a high school freshman he already had a shoe size of 14. The basketball player is known for being a Christian and he has one sibling, a younger brother named Raynard. Westbrook has sneakers and a bracelet that feature KB3, which is a reference to Khelcey Barrs who was a childhood friend. Barrs passed away in 2004 after playing a series of late night basketball games, with the cause of death listed as cardiomegaly or an enlarged heart. In 2010 Westbrook won a gold medal for the USA during the World Cup games in Turkey, and in 2012 he won a gold medal for the USA during the Olympic games in London. You can find great basketball, inspirational, and Russel Westbrook quotes on this website here. 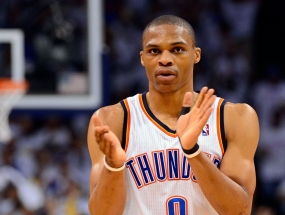