Nicki Minaj was born Onika Tanya Maraj in Saint James, Trinidad and Tobago on December 8, 1982. The well known female rapper and actress has three siblings, and her parents are Robert and Carol Maraj. Until age 5 Minaj lived with her grandmother in Saint James, and then she moved with her mother to Queens, New York. Robert Maraj was an alcoholic and drug addict who had a violent temper, and he tried to set the house on fire and kill Carol Maraj on one occasion. There are many who consider Nicki Minaj as the most influential female rapper of all time, and she was also the first female artist who was included on the Annual Hottest MC List by MTV. Lookupquotes.com features many Nicki Minaj quotes, and some include lyrics from the rapper's songs.

Nicki Minaj experienced some hardships growing up, but the rapper and actress never gave up or quit trying. The lyrics of her songs include topics like love, life, and even controversial topics like drugs and sex. Nicki Minaj likes to push the envelope and this has helped make her a well known name across North America. Minaj was the first female solo artist who had 7 simultaneous singles on the U.S. Billboard Hot 100, and she was named as the 2011 Billboard Rising Star. The rapper and actress is also known for the colorful costumes and wigs that she wears, earning her the distinction of being a fashion icon as well. Nicki Minaj quotes which inspire and motivate can be found at this website. 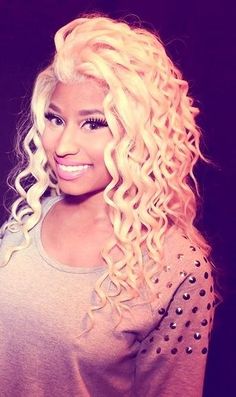