G-Eazy, who also performs under the name Young Gerald, is a rapper who is also a producer and songwriter whose birth name is Gerald Earl Gillum. This singing sensation was born in Oakland, California, on May 24, 1989, and was also raised there. Gillum has stated that he was inspired to become a musician because he had a problem paying attention in geometry when he was in the 9th grade of high school. G-Eazy was also influeced by the Beatles when he was yoiung because his mother enjoyed their music. The dislike that Gillum had for his given name led to the nickname G.E., and then a friend suggested the moniker G-Eazy. Gillum attended Loyola University of New Orleas, and a sophomore at the university he started to produce singles which were popular. G-Eazy quotes about life, love, and music are easy to find at lookupquotes.com.

As a child G-Eazy had plenty of family influence. Since his mother was a single mother she moved the family into her grandparent's home, and it was full of family members who were supportive of musical endeavors. The New Easy Devils was a rock band that was formed by Gillum's uncle and aunt, and rehearsals for the band were held in the basement of the family home. Many refer to G-Eazy as the hip hop James Dean because of the clothing style that he has and the slicked back hairstyle that he wears. As a child Gillum hated taking piano lessons so much that he quit, and he says that is a decision that he regrets as an adult. If you are searching for quotes about life, love, G-Eazy, or any other topic they can be found here. 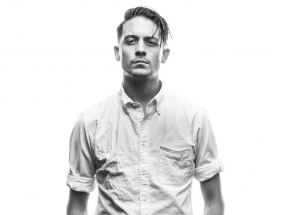