August Alsina, born in New Orleans, Louisiana on September 3, 1992 as August Anthony Alsina Jr, is a record artist from America who released his debut album called Testimony on April 15, 2014. When he was only 14 years old Alsina started to create covers of popular songs, videotaping his performances and uploading them to YouTube starting in 2007. The first song that August performed was Lyfe Jennings Hypothetically. After Hurricane Katrina destroyed New Orleans and much of the southern USA in 2005 Alsina's mother moved him to Houston, Texas in the hopes of gaining a fresh start. August was inspired to sing after seeing Lauryn Hill perform in the popular movie Sister Act 2. There are many famous quotes from this author which can be searched and the Look Up Quotes website makes the searching easy.

The early life of August Alsina was not easy, and he found plenty of material for his music in his tough childhood. In spite of the hardships that the young man had Alsina did not let this hold him back from his dreams. On August 31, 2010 Melvin Lebranch III, who was August's brother, was shot and killed. This caused Alsina to experience a deeper commitment to his music and he put all of his energy into it, even relocating in 2011 to Atlanta in order to pursue his musical dreams. The first mixtape that the rising star produced was The Product, with an April 2012 release date. If you want inspiration or courage from August Alsina quotes from songs you can find them at Lookupquotes.com. 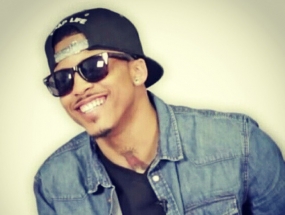