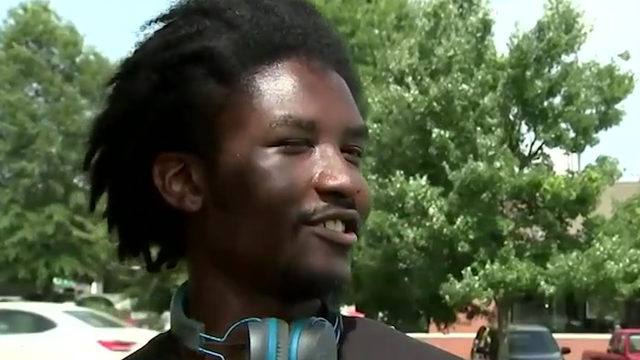 When a woman took a picture of a man sleeping at McDonalds with negative intentions, the post made a full turn around and ended up being a positive blessing for the man sleeping.

The man sleeping turned out to be Simon Childs, who is homeless and sleeping between his shifts as a fast-food worker. After the woman shared his picture on social media, the community responded in a positive way, by helping him out by donating hotel rooms and clothing for him and his child.

A news worker found Simon 21, and he said that he has been going through a really hard time, his mom recently just passed and is raising his young son. When Simon first heard about the post, he was hurt, but he was surprised by the positive response of the community to help him, instead of responding to the picture negatively like the woman who posted it. He said he is no longer homeless since that woman posted that. Thomases’ restaurant even let him borrow a car to do job interviews. A barber gave him a free hair cut to help him with his job interview.

The news worker gets in touch with the woman who made the post, and she said off camera that she never intended to shame someone, because she posted it in a private group, where the members shared the post publicly.

Simon said he has received a lot of job offers because of this post, and he believes he will soon have a permanent place to live for him and his son.

A woman took a picture of a man asleep at a McDonalds and complained on Facebook, and how the community responded changed his life forever.