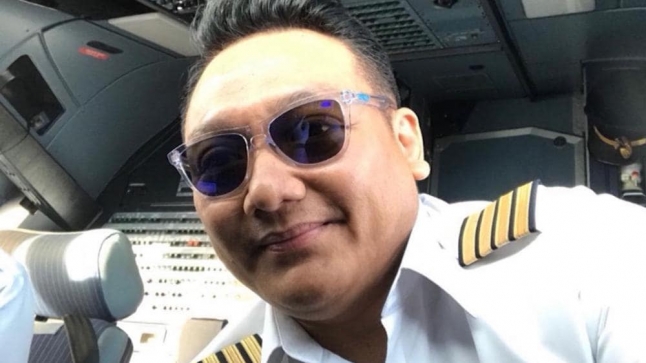 On September 28, 2018, a tragic natural disaster hit Palu, Indonesia, this event was a 7.5 magnitude earthquake. In just three minutes of this earthquake, a tsunami was triggered. The waves reached up to 20 feet, causing residence to struggle to find solid ground. Hundreds of people lost their lives because of this heartbreaking incident. This also caused an enormous amount of damage to the city of this island.

Just before this tragedy, Captain Marcella was scheduled to leave the Palu Airport yet, he had a nervous feeling about the flight all day. The pilot praised the lord the entire flight like he does every flight, but this time he heard god talking to him and telling him exactly what to do.

The landing to the destination was difficult due to being surrounded by two mountain ranges, this required the pilots to be exceptionally careful. The Captain thought of this verse right before circling, Psalm 23:4, “Even though I walk through the darkest valley, I will fear no evil, for you are with me; your rod and your staff, they comfort me.”

Just before the landing, the Captain heard a voice in his head from god telling him to circle again before landing.

The landing went smoothly, and all the passengers arrived safely. However, Captain Marcella still felt the feeling of anxiety he was experiencing, and requested to leave three minutes earlier for the next take off. Captain felt the need to hurry, so once he got the approval to leave the flight promptly took off.

The co-pilot looked at the Captain fearfully during the speedy take off but, right then the earthquake hit Palu. The Captain tried to get ahold of the control tower but could not get through. The captain looked down at the ocean and saw an enormous hole forming, exposing the sea floor.

When the flight finally arrived at the destination, the captain was informed that there had just been an earthquake, and that the official at the control tower had lost their life, right after making sure the last plane safely took off.

Captain Marcella emphasized that it is so important to hear the words that god is speaking to you, because if he did not, he would have not saved the passengers on the flight. We need to always stay calm and at peace so we can clearly hear what god is trying to say to us.

Lastly, it is important to honor the lives that were lost, and the families who have gone through so much heartbreak because of this event. It is essential that we pray for everyone that experienced hurt during this time, so that they can truly heal from this catastrophe.