Man Creates Blessing Boxes in his Yard to feed the Community. 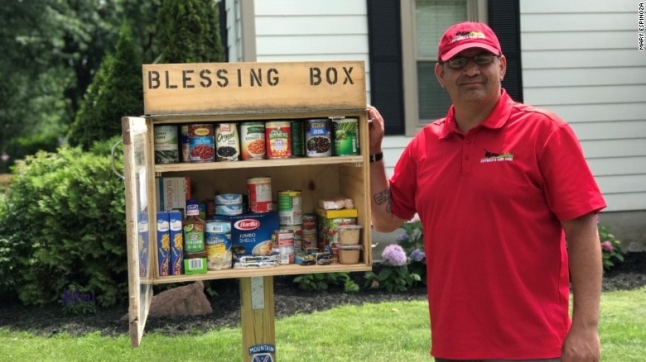 Roman Espinoza lives in Watertown, New York, and has done something incredible for the community. He has set up a little box in his yard that holds food and other necessities, like toothpaste and shampoo, for people who are going through a hard time and need a little extra help.

He first thought of this idea when he realized that at the community college, he attended for a human services class had a food pantry for the students. He became concerned that students that were in his class attended hungry. So, he decided to make his own mini pantry for the community. He has only had to fill the box with food a few times, because the neighborhood and community help keep the box supplied.

People around the area have reached out to Roman, saying that he could put a little food pantry box in their yard to expand the support to people. Roman says that the town will in hopes eventually, be known as the city of blessing boxes.